Shenanigans were unleashed at yesterday’s Arkansas Legislative Council, where a group of legislators refused to allow the council to even hear a proposal approved by the CARES Act Steering Committee that would allocate funding to help improve contact tracing, particularly among the hard-hit Hispanic and Marshallese communities in the state.

I tend to stay out of politics on this site. It’s generally pretty easy for me because I don’t have a dog in the fight. I’ve got an old-school Arkansas independent streak running through me a mile wide. I don’t care if you’re a Democrat or a Republican as long as your primary interest lies in making our state and the community you represent a haven of equity, health, and opportunity for those who live in it.

The shenanigans we saw yesterday flew in the face of each of those three values – equity, health, and opportunity. I call them shenanigans, Bob Ballinger called them games. “I’m playing this game,” Bob tweeted this morning, referring to his battle against the governor’s effort to use federal funds to stop the spread of Covid. To Bob, his power play against the governor is more important than your health, than my life, than the lives of his own constituents. You know and I know this isn’t a game. But apparently Bob and 14 members of the Arkansas House of Representatives (Democrat and Republican) treat the lives of their constituents like a game of Monopoly.

We’ll start with the Northwest Arkansas legislators whose communities will lose the most from this vote. By the way, the link includes the email address for each of these legislators.

Robin Lundstrum – At least 147 people have died of Covid and 9,662 people have been infected in the two counties in which Robin’s district lies (Benton and Washington). More than 1,000 (1,066 to be exact) are sick right now with Covid. The two counties led the state in new cases almost every day for more than a month. Robin also represents part of Springdale, which has had more cases than any other city in the state (3,653) and is ground zero for one of (if not the) highest death rate(s) in the state.

Charlene Fite – Charlene’s district lies in rural parts of Washington and Crawford counties. At least 61 people have died in these two counties, and 5,965 have become ill. More than 700 people are currently ill. Crawford County has seen 50 new infections over the past 2 days.

Ken Bragg – Ken is from Grant County, where 100 people have been infected and the active case count in Grant County has doubled in the past 2 weeks.

LeAnne Burch – LeAnne is from Drew County, where 2 people have died, and Monticello, which has had at least 65 cases. There have been 2 deaths and 126 confirmed cases in Drew County. At least 34 people in Drew County are currently ill with Covid. Bonus fact: LeAnne serves on the House Committee for Aging, Children and Youth.

Andy Davis – At least 4,884 people have become infected from Covid in the two counties in which Andy’s district lies (Pulaski and Saline). There have been at least 74 deaths in the two counties, and 1,134 are currently considered ill.

Lanny Fite – More than 150 people are currently sick and more than 700 people have been infected in the county where Lanny’s district lies (Saline). At least 3 people have died.

Ron McNair – At least 7 people have died and more than 400 have become ill from Covid in the two counties (Boone and Carroll) where Ron’s district lies. In Green Forrest, which lies in Ron’s District, 3.5% of the population had been infected as of 2 weeks ago. At least two Green Forrest residents have died in hospitals just in Benton and Washington Counties – the total deaths from the city may be higher, as hospitals in the two counties may find Missouri hospitals more readily able to accept their very ill Covid patients. The number of active infections has almost tripled in Boone County over the last 2 weeks.

John Payton – John’s district includes the town of Higden, which has had a higher percent of its population infected than any other (20% infected). In fact, John’s district covers an area that was heavily impacted by the outbreak that led to the state’s first Covid cluster and first deaths. The district is very “winding” and includes parts of at least 3 counties (Baxter, Stone and Cleburne). At least 6 people have died in those 3 counties.

Roger Lynch – Roger’s district includes parts of Pulaski, Lonoke, Jefferson, Arkansas and Prairie counties. Looking specifically at Lonoke County, where Roger lives, active infections have nearly doubled in the past 2 weeks. There have been at least 2 deaths from Covid.

Dan Sullivan – Active infections in Craighead County, where Dan’s district lies, have nearly tripled over the past 2 weeks. In total, 8 people have died in the county and 895 people have become ill.

Jim Wooten – Jim’s district lies primarily in White County, where 189 people have been infected and 2 have died.

Nelda Speaks – Active infections in Baxter County, where Nelda’s district lies, have doubled in the past 2 weeks. Nelda’s constituents are at particularly high risk from Covid, as 31% of Baxter County’s population is older than 65 (compared to 17% for the state as a whole). 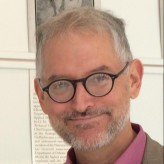